That’s right, leave it to Vincent to find a way to creatively work his favorite TV shows into his recording sessions. Vincent has been a well-loved part of Coast Music Therapy for over 4 years now.  Betsy Hartman, his music therapist describes Vincent as determined, focused and genuine.

In addition to advancing quickly at the piano, Vincent has shown a natural knack for the art of music production. He has been diligently working away at building new compositions from the ground up using GarageBand.

His last showcased piece payed homage to none other than SpongeBob SquarePants.  Vincent learned the piano piece, recorded it and added all of his own instrumentation to embellish the song. Take a listen here.

1) What Vince is listening to now: The Soundtrack of “Shrek’s Thrilling Tales”

3) If Vince had a band what would it be called?: Vincent’s Band

4) What is his favorite part about his sessions with Betsy? GarageBand

Betsy presented Vincent with an iTunes gift card from Coast Music Therapy to show our support for all of Vincent’s hard work. 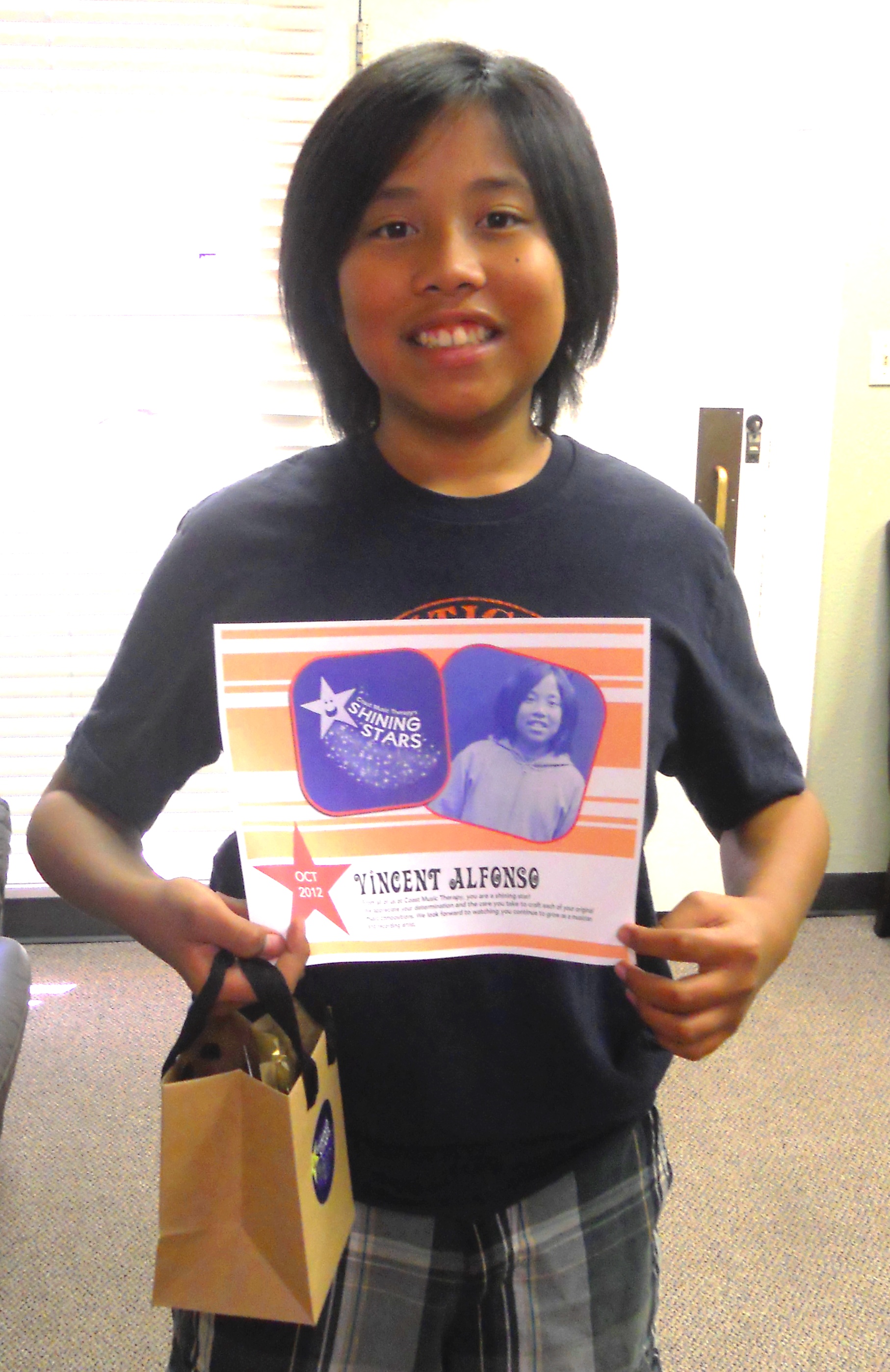